I’ve been saving blog posts I like (to local disk) for a long time.

I subscribe to many newsletters about programming. I have a git repository where I keep sample codes, small snippets from the articles I read. Sometimes I want to keep the entire article for later usage.

I was keeping bookmarks… Tons of links that I’ll read one day… Bookmarking is easy but requires maintenance, synchronization between devices, backup etc… One day I realized that websites don’t live forever. Domain name can expire, the author can close/shutdown the site or site may fall into black hole somehow :)

I should have found a different method. I realized that Safari (macOS) has a feature that I can save entire page as webarchive format. I made some small automation tools to save page as webarchive than create gzip’ped tar files and store them under classified folders in a git repo.

First, I was using GitHub. One day, I’ve received an error while pushing the files to remote repository. I have reached the maximum storage limit. Turns out the maximum repository size limit was 1 Gigabyte.

I quickly transferred my repository to GitLab. I was only storing compressed webarchive files and sometimes png screenshot files. GitLab is like a bottomless pit, feels like no limits!

Normally, webarchive files are default/native macOS format and can be previewed via built-in QuickLook feature. Somehow webarchive support is broken by itself. QuickLook previews were working fine but opening files with Safari was total disaster.

At least, It was still possible to open webarchive files with TextEdit that shipped with macOS. Most of the styles were broken but text and the code part was still readable.

Few days ago, I realized that Safari has PDF export feature under File > Export as PDF.... Feature was working fine and were saving the whole website as a one single and large pdf file. 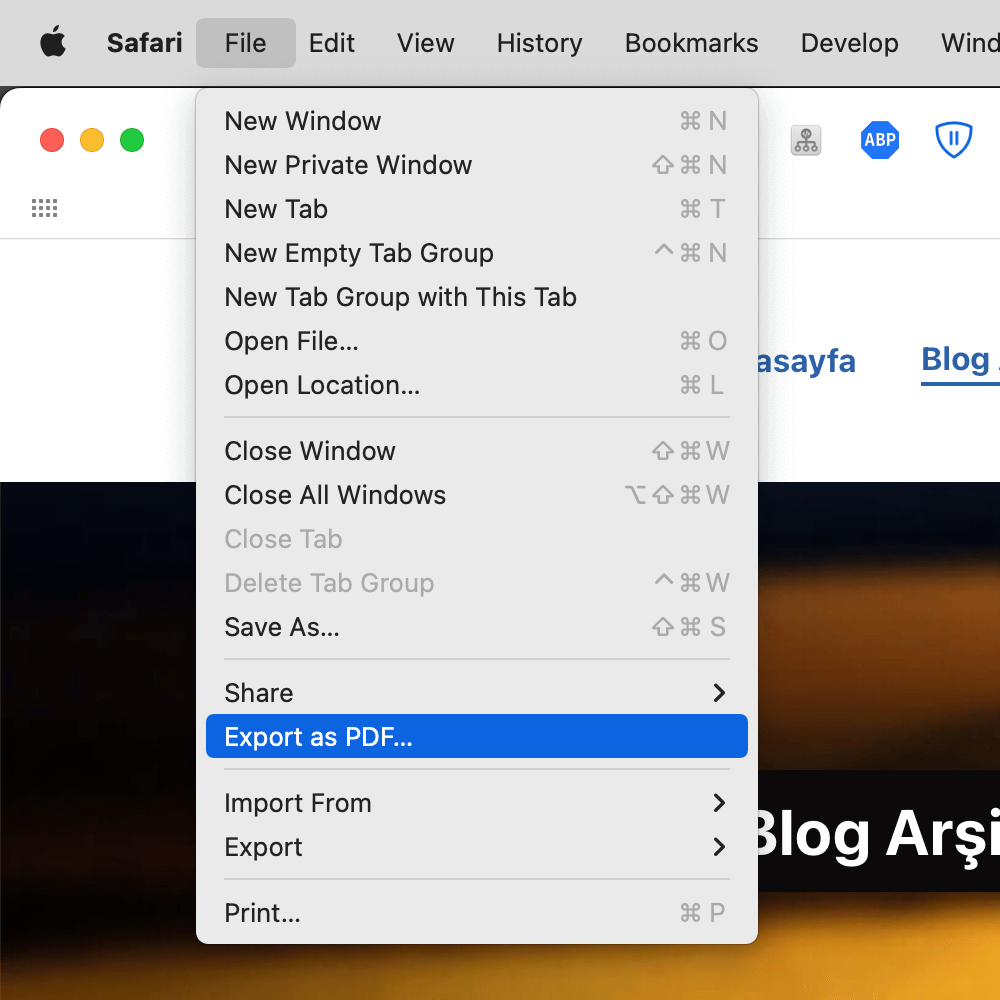 There was one little issue: the file size. How can I reduce the pdf size?

You can read more about -dPDFSETTINGS here. screen is like; selects low-resolution output similar to the Acrobat Distiller (up to version X) Screen Optimized setting. I’ve tried every output options, screen seems the smallest one:

After compressing with tar+gz, 383 KB reduced to 291 KB. File size is reduced by approximately 20 times (6.2 MB -> 291 KB). Not that bad ha? I wish I knew these methods/techniques earlier. Thanks to superuser answer!

I just modifed the example function:

There are “5” posts in blog archive.