It’s all started with the mighty Commodore 16 back in 1984… My grand-mother Muazzes Demiralp had bought my first computer which was Commodore 16 aka C16. It was looking like Commodore 64 except the box color:

C16 games were very disappointing. I was expecting to play games which I’ve seen on Commodore 64. Most of the games were made by C16’s ASCII characters. I remember like yesterday, I had packed my C16 and put in to a cabinet. One day, a friend of mine from 7th grade, came to our house. I showed him the User Manual of C16. (Middle of 1984).

He started to read the book. After few minutes, he discovered that, It was possible to change the colors of screen and borders on C16. I unpacked the C16 and connected to a TV and we tried:

Oh my GOD! Border colors turned to BLACK. This was a kind a milestone in my life. We tried every possible numbers;

I’ve spent at least 4 years (maybe 5) with Commodore 16 and learned lots of stuff. C16 has a basic but easy graphic modes. It was easy to draw circles, plot some dots etc… I remember, I had written some basic programs to draw f(x) function’s graphical output. Started playing with SIN and COS

I knew that, there was a monster called Commodore 64 and I had to promote my self to it! C64 owners were playing great games and I couldn’t. Again, It was somewhere in 1989 and my beloved grandmother, again, turned my dreams into reality. (She passed away in 1998 - miss her everyday…) She bought Commodore 64 + 1541 Drive + some cartridges.

I remember, I had called the computer shop and asked them:

Please copy One-on-One and Barbarian to a disk for me!

Computer shops were copying games to customers. There weren’t any Original Games back in days (Where I live). All my wish was to play games till the morning lights! 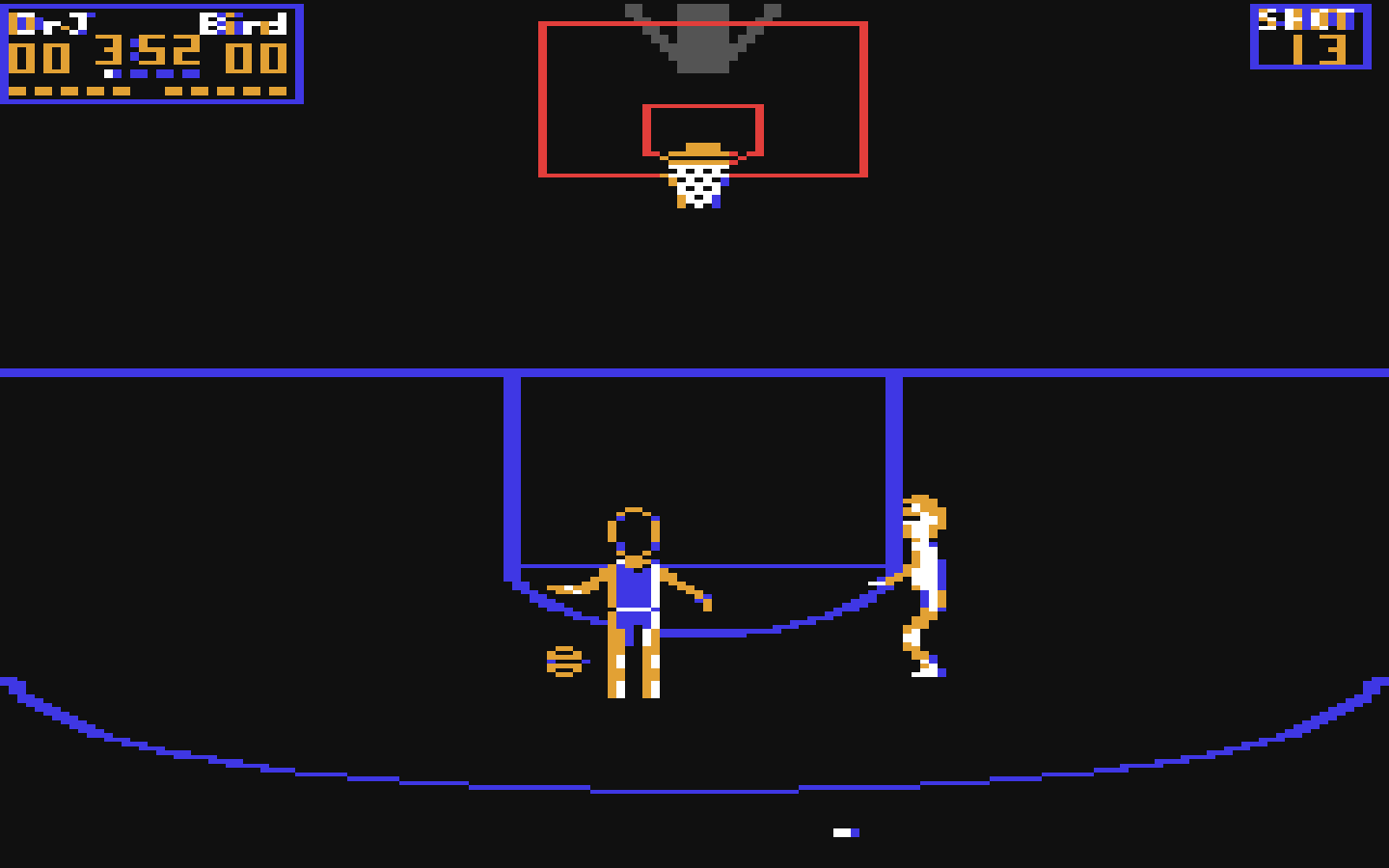 One on One was the best basketball game ever! Although It’s old technology, still amusing and awesome if you compare to actual gaming systems. 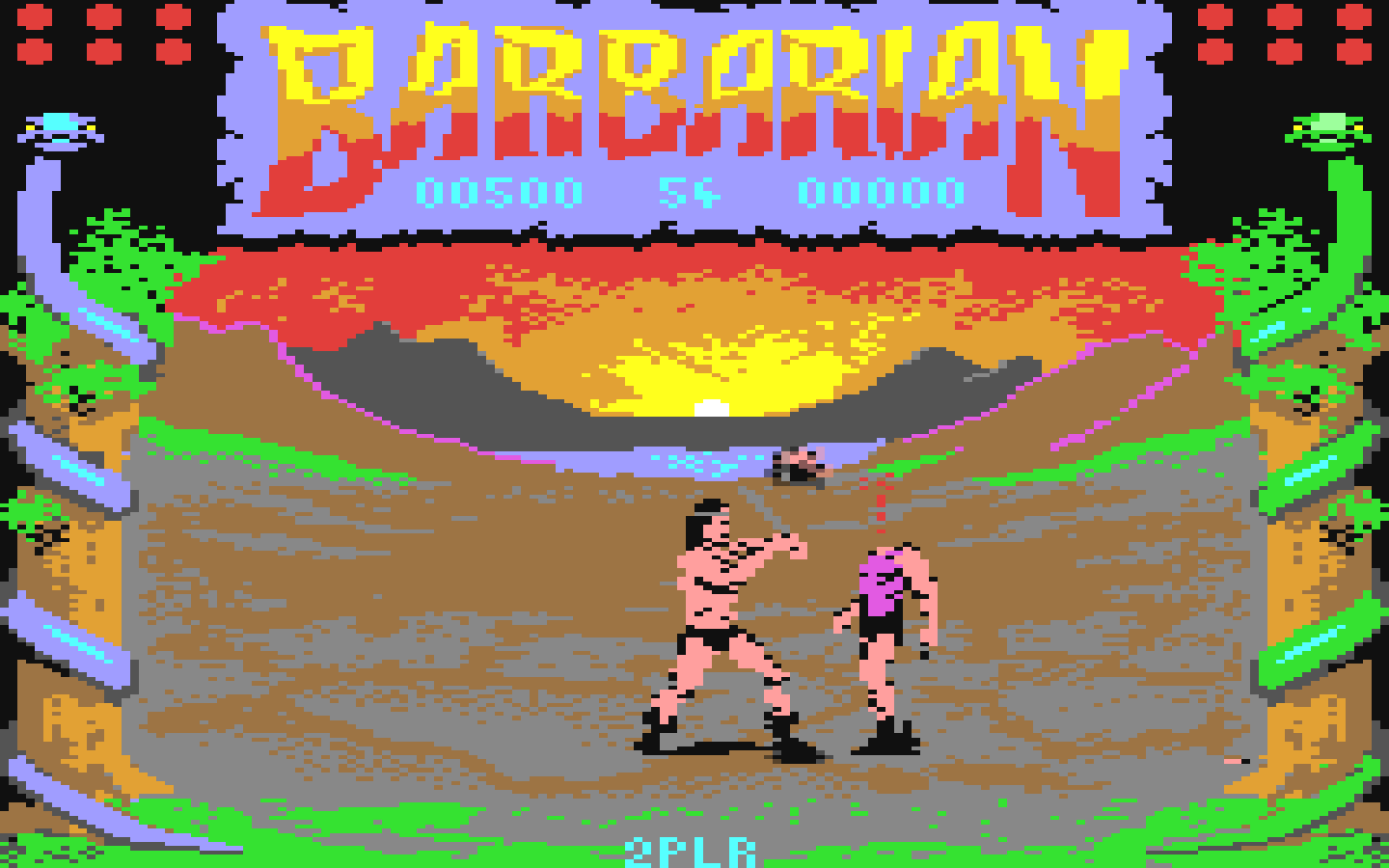 For two-player fun, Barbarian was the most entertaining and challenging game according to It’s age…While I was playing games, something has attracted my attention. The thing pops up before the game starts… Yes.. I’m taking about the crack intros in-front of the games. Papillons’ intro was the first one I’ve seen… 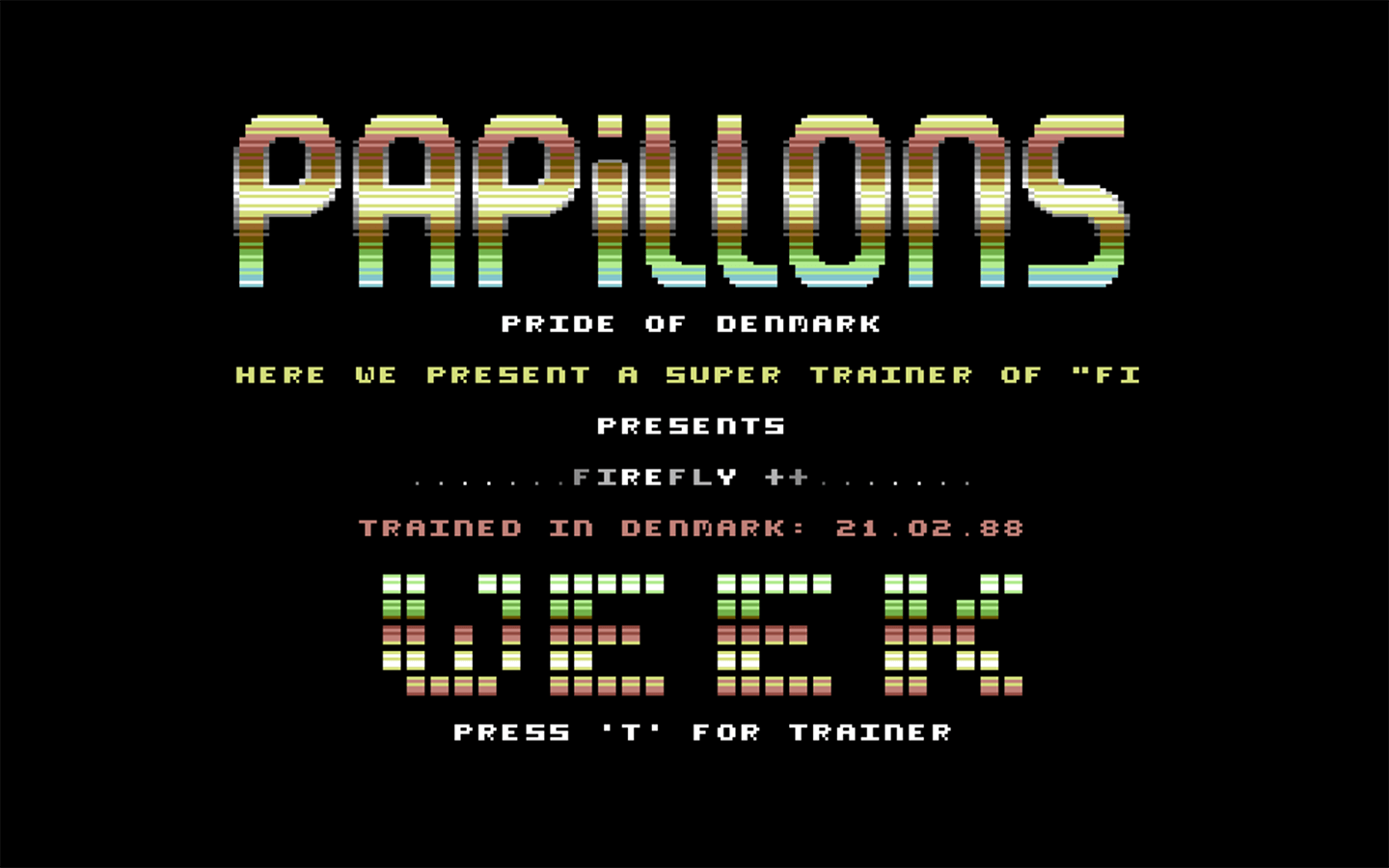 You can run this lovely intro on your browser! Check out AWSM website for more JS intros. It works with Firefox! (you need to hear sound)

I’ve somehow managed to change scroller and added my name: UGUR. I had no idea, how to restart scroller from the beginning of the text. Waited for minutes to see my injection. I remember, I’ve asked my parents to come to my room and we all waited to see my name on the screen.

That moment was a kind of milestone for me. I was 16 or 17 and captivated by the sorcerous sounds and images of that 8-bit master: Commodore 64 till the end of my life…

It was 1989. I met a person at a computer shop. Shop owner told me that they were buying games form that guy. Strange right? Back in days, there were no software rights, originials etc in Istanbul/Turkey. I asked the guy;

How do you import games here?

He gave me a C64 floppy disk and asked me, If I could read/write English. And he mentioned that, I need to take a look at the programs called Disk Mag inside of the disk. He told me that, there was a section called Contacts or Advertisements, pick a random person/address and prep a disk, put some files from the disk and shoot. Well… I did :) 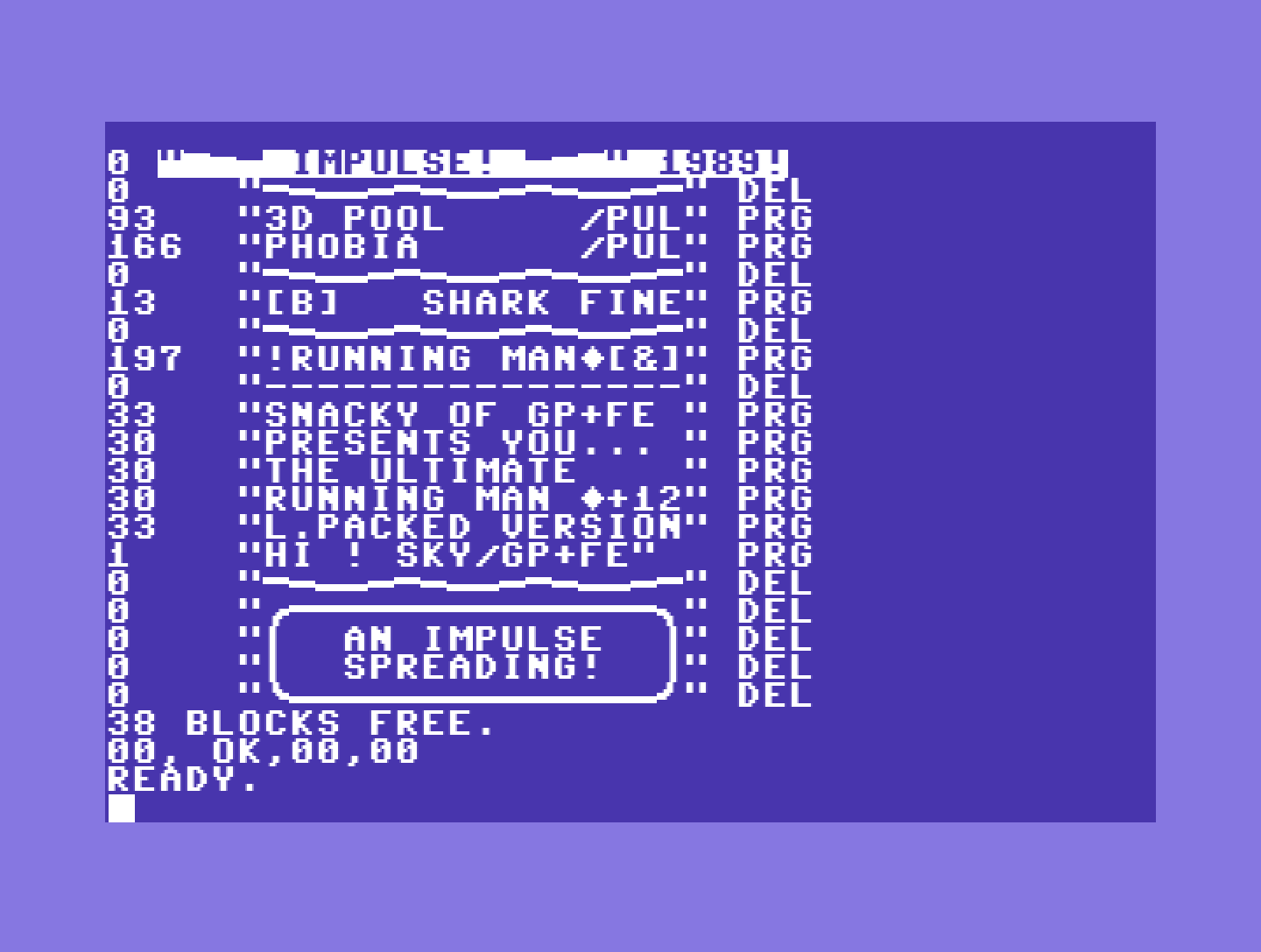 Unfortunately, Running Man was broken. Disk was bended on the postal service. I remember, Running Man was just released on Amiga and I was probably the first person (I mean in Istanbul/Turkey) who had that game! Only intro worked in the beginning. That was it :)

I acknowledged that there is a kind of clan/world going on. There are people there, groups there… Crackers there… That was sounding super tempting. Only kool people knew about it :)))

Since 1984, me and my neighborhood friend Emre Yavuzkal were a kind of software team called Dede Demo Brothers. Dede was me. Means Grandpa in Turkish. It was like Grandpa and Demo brothers. Emre’s handle was Demo :))) He was a Sinclair/Spectrum user. I was Commodore 16. Well, I can not call this a scene group but feels like it.

As you feel, super childish group name for a scene group right? This was our first ever official scene group. It was 1989, that C64 disk with mags etc. changed our lives…We had coders (C64, Amiga), Graphic and Sound Artists. We were like eight (8) people.

We released mostly ripped intros. Most of us only knew how to rip and change code. It was a bit hard for us to code something from scratch. 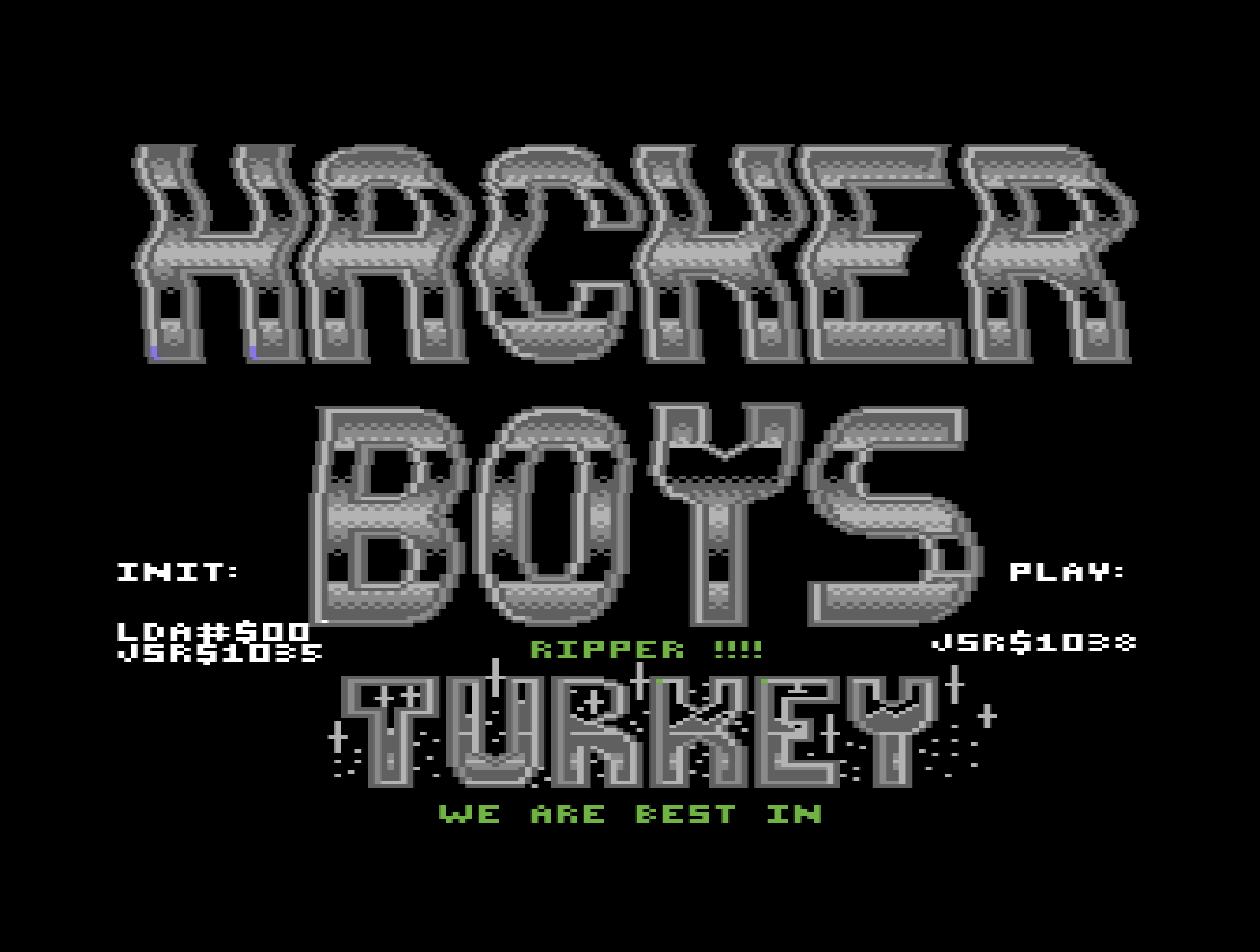 Me and couple crew members joined The Joker Crew. We were really fast on importing games and demos (Mostly on C64). Unlike The Hacker Boys, all of our intros were 100% our own product :) My nick/handle was Ventor.

It was mid 1990. I joined the number one scene group of Turkey. Zombie Boys Mostly they were ruling on Amiga. They recruited Comrades/The Danger Cobra members all out. Powerful team with coder, gfxers, composers, swappers etc… 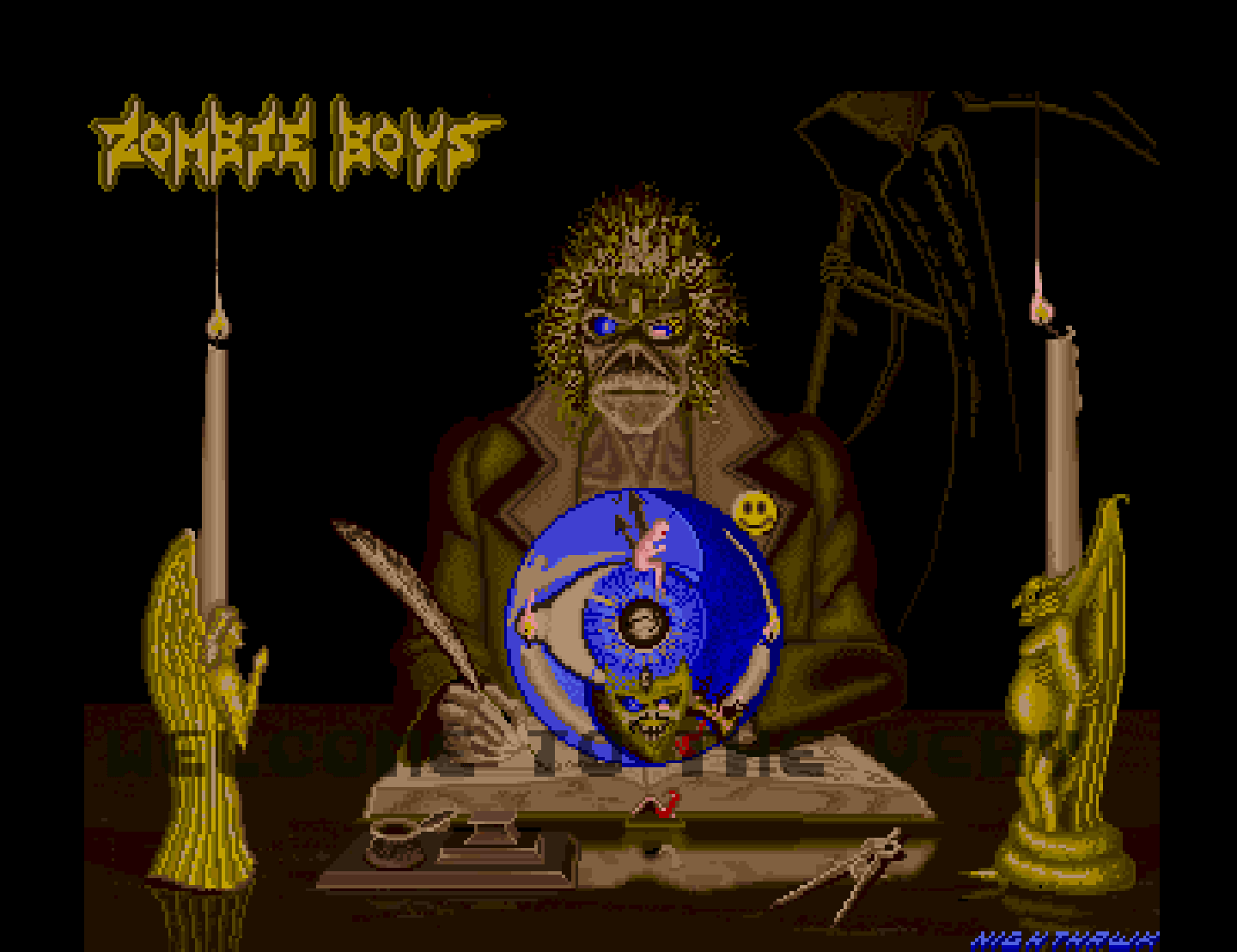 Zombie Boys was founded by the legendary Tunç “Turbo” Dindaş. This was a kind of school to me. Unlimited resource was available. Do you need some source code? No problem. New everything! Games to disk mags, intros, docs etc.

I switched my nick name to vigo. The master evil of The Ghostbusters II. I met Ghost. He taught me lots of lots of thing about assembly coding. I was so lucky. There were no internet, no google, no stackoverflow but I had Ghost :)

All of the Zombie Boys members were really into hip-hop, graffiti, dj-ing stuff. We love breakdancing and almost every element of hip-hop culture. One of our members Jay Master Coke, he was listening Kurtis Blow’s LP and the song was: The Bronx We were looking for a new name. Z was a bit bad idea. Need to read all of the greetings until the last letter comes :) Jay proposed: BRONX as a new group name!

Young Turkish guys choosing a group name which is the most controversial neighborhood of NewYork/US :)) Sounds really funny right now! 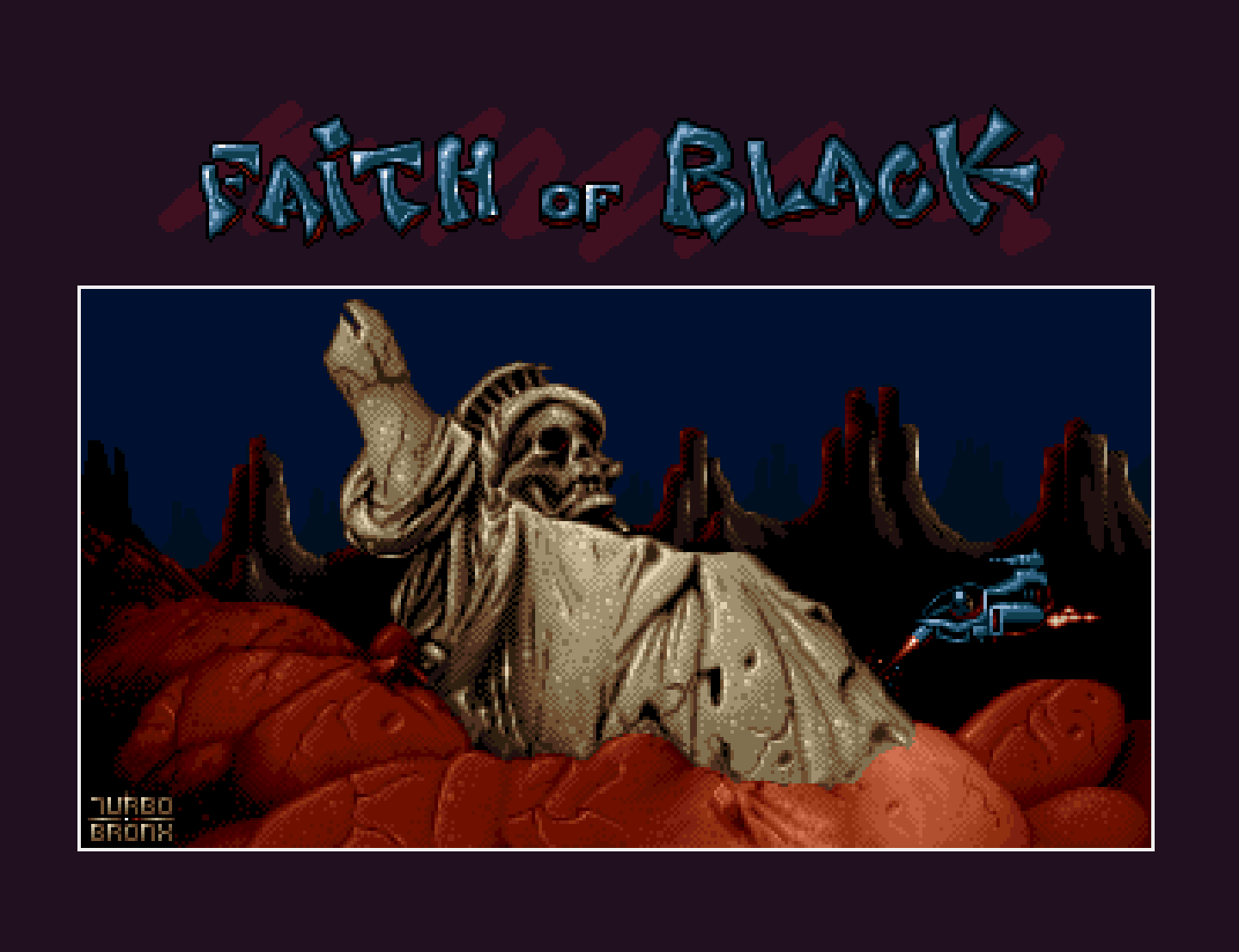 I was one the founders of Bronx. We did lots of kool stuff such as:

We had more than ten (10) different section in the whole planet. Members from Germany, Denmark, Holland, Norway, Switzerland, United States, Uk, Greece and more. Here are some more links about team Bronx:

I was also worked on some other groups like; Coroner, Mystic, Iris, Agnostic Front, TRSI, Phobia, Devience & Scoopex. Demoscene is a one big and great family. Had great friends and friendship. I have friends, we knew each other more than 25 years. Sounds crazy :))

Started programming in 1984 and still doing it :) Married in 2003. I became a father in 2011. Computer programming is a hobby, life-style and my job to live. I love Ruby, Python, Bash, AppleScript, Swift and C. Digging others and playing with: Golang, Lisp, JavaScript. I use macOS. I’ve been dealing with Python/Django apps in my daily routine. Command-line is my biyatch!

Trying to complete my open-source books (in Turkish). If you like to get in touch with me, talk about demoscene, C64, Amiga and other stuff, you can find me on Twitter or GitHub

If you like to talk about Ruby, Python, Golang, Bash programming languages or Commodore 64/Amiga Demoscene stuff, you are welcome to drop me lines at:

My social network profiles are: